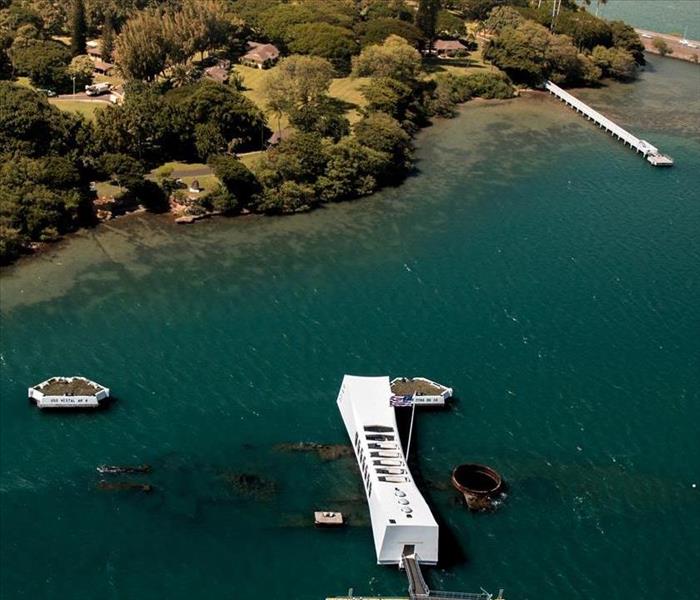 On Sunday morning, December 7, 1941, the Imperial Japanese Navy Air Service attacked Naval Station Pearl Harbor in Honolulu, Oahu, Hawaii Territory, without warning and without a declaration of war, killing 2,403 Americans, and injuring 1,178 others. The attack sank four U.S. Navy battleships and damaged four others. It also damaged three cruisers, three destroyers, and one minelayer. Aircraft losses were 188 destroyed and 159 damaged.

The USS Arizona Memorial in Pearl Harbor is a marble memorial over the sunken battleship USS Arizona, which was dedicated on May 30, 1962 ("Memorial Day"), in honor of the 1,177 crew members who were killed. The memorial remembers all military personnel who were killed in the Pearl Harbor attack. Note: This site is open to the public with boat tours to the memorial provided by the US Navy from the visitors center.

SERVPRO of Alamo Ranch would like to recognize the brave men and women that lost their lives on this day.